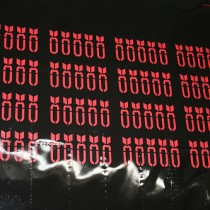 Obama twitter political campaign 2012 use it Justin Bieber use it so why not try it once for your twitter campaign. Shortly before his vienna concert  Twitter trends looks like Justins lyrics 2-3 trending phrases related to Bieber .

Twitter Bombe is a pre-planed push of some words or topic into the Twitter trending topics.   Remember theGoogle Bombs its a hook up of the  search-rank algorithm .

Similar  the Tweet bombs work it hooks up the trending algorithm, as its machine calculated its not very difficult to influence the trend as soon you understand the parameter. There is no need to have huge follower base,  just bundle some user or friends and start tweeting with the same unique Hashtag. Important is that the Twitter Hashtags is not used before on twitter the more unique, the better and  easier to get into the global trend. So keep your planed Hashtag absolut secret .

Several people have to start using the same Hashtag at the same time. Twitter will recognize the world as trending. Dont forget to adjust the language settings of all your tribe accounts they should be all the same language and region to trend in that area language or global. The King disciplines would be to place a trending hashtags in the twitter prime time thats around lunch and early evening around 8:00 when most Tweeps use twitter and the volume visibility is quite high. No need of millions of follower to trend something it more the frequency a world appear than the mass of Tweets and of course it depends what concurrent topics are hot at the moment. It will be very hard to impossible if some News topics like some a Bank Clash or new Avian Floe keep people busy. Try to find a News Gap.  Your Tweet will can run highly viral if you choose the right time .If can choose one tweet as the main to be  re-tweeted to stay on top of the trend.

How long it will stay trending depends on the topic if your campagne support some social topics the twitter folk can heat it up for a while. Like the SealHunt . Dont forget to blog a post written on the same topic just for google no need to tweet the post.  For  Digital and Social Media Activism it could be a very useful strategy . Be aware that anybody can use it so never trust a trend or numbers that you are not  created by yourself, viral activity can be artificially produced easily. Just to mention one more, most of the viral power of Libya tweets was made that way, most of the main accounts not from that origin place but it gets viraly spread and result in what you have seen in the news.  Dont misuse the topic these post is for educational propose only it can hurt your follower and account. 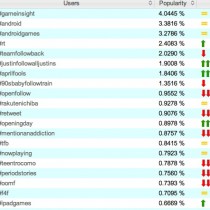