Facebook just start to remove Fans from your Fanpage to clean up dead accounts from your Page .Following post was written start of 2015 when i realise that there are several inactive Fans that i need to remove to gain back performance on the page. At that time probably no one would understand that its essential to cleanup Fanpage Communities . Today everyone understand the need and healthiness to have a organic well interested  Fanbase on the page is more important than a huge Fan Number . So i publish the following post ….

Banning Deleting Facebook Fans is probably more essential than growing new Fans on Twitter user know that for long time that unfollowing is as important as following for both parties.  I’am not only talking about the so called “Fake Fans” but there are many users with to many Fanpage liked. These result in blinding the user.

There are 2 ways first the User dislike some pages he is not intersted anymore . Second the Fanpage remove Fans that are not active or relevant to the Fanpage . This topic is discussed already by many Top Social Media Marketing Blogs else i would not describe the method here. People would think i’m crazy to remove fans instead of inhuman grow of the Fanbase.

No Post will be shown to the Fan. Shortly i look closer to a commercial fanpage of some big brand fan pages and they suffer all on the same problem extrem low reach and interaction. The default Social Media Strategy  Facebook Advertising a Content is King Marketing  and Tips don’t work anymore to reach the Fans for a simple Like or Comment .

Why a Fanpage have so many Fake Fans  ?

Its not a matter of Fake or buy Fans from the wrong place. Most likely if you invested in  advertisement for your Fanpage Facebook will show your Page to people who Like a most or anything that shows up.  They can be even from your targeted country and group. But they liked several tausend Fanpages and will never see any post you publish, they have to many connections to Fanpages.

How to solve the problem ?

First the Fan reduce his liked  Fanpages nearly now one will do that since its a lot of work . To visit the Fanpage Browser and dislike Fanpages that most of them even cant remember why he liked them.

How to find the Bad Fans for your Page ?

To make it simple i describe step by step how to prozess no external Analytics or tools is needed.

Facebook Limit the Fans of your Fanpage around 500 last liked user. If you use Graph Search you can reach much more fans of your page .  You can request for fans by region for example tested upto 7000 Fans and still load more if you scroll down.

Mass Bann Fans from Your Fanpage

Facebook Ids of the User Group you need to Remove. Making that by hand like described in several blogpost it can work for a hanfull Fake Fans but not if your Page need a general Fan restauration special for fanpages with several tauseend fans it will be a live job .

Who is blocked from the Fanpage ?

You can revoke any time a ban by just deleting the Banned person .

Check if a Person is blocked from Page

To unblock a user, just use a Graph  DELETE request.

You can add many more IDs just seperate them with ,  ID,ID,ID

PERMANENTLY BAN : If you not aktive Permanent Remove check Box the user will only be unliked from your page and he can relike anytime again .

Deleting Permanent Fans from Fanpage : Fans removed permanent can not re like your Page .

Subscriber : Fans that subscribed to your Fanpage that are the most Valuable fans since they want recive your post and get a notification when you publish a new post

Pages That Like This : Important ( need a extra blogpost )

People that Like This : This is only a short overview of the last People who liked your Page, to get a more detailed list use Graph Search the query mention before!

Graph Search Ids you want to Banne from Fanpage

Member Content is available only for registered users. Please login

A pop up box will ask for the IDs to remove from the Page . Keep it open and watch one by one it will show you the name that will be removed . Once finished a smal alert shows that the script has done his work . The User is not Permanent Banned he can Re-like your page and he will if he is a real Fan he will use Facebook Search and RE-like .

You can place a short Note to explain the new rule only Subscriber will keep on the Page . That way you have only the most engaged and active Fans who like your Page and content and interact with them . Facebook will show  your post to the active members .

The manual way to remove Fans

Know Your Networks  Blog how to block one user 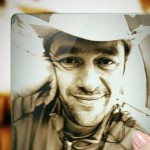 Amir is working in Web-Development as a growth engineer at Metaprime. He speaks German, English and Farsi. Apart from being a quintessential explorer, he is a covert adrenaline junkie. Former Journalists Broadcaster still he conquer new territories @metacowboy and enjoys Horse Riding, cooking, asian sports, travelling, movies and of course code writing.