Weather effects in Finland vs. rest of the World: 🙂

+10C French desperately try to get their central heating on. Finns plant flowers.

-10C Scottish turn the heat on in their houses. Finns start to use long-sleeve shirts.

-30C Half of the Greek people have frozen to death. Finns start to dry their laundry indoors.

-70C Siberian people are moving to Moscow. Finns are furious since the Koskenkorva vodka can't be stored outdoors anymore.

-273C Absolute Zero. Finns admit that it is quite cold outside.

My son Jesse cools off after sauna: -18 C or -1 F
After the taking of this pic he rolled around in the snow… 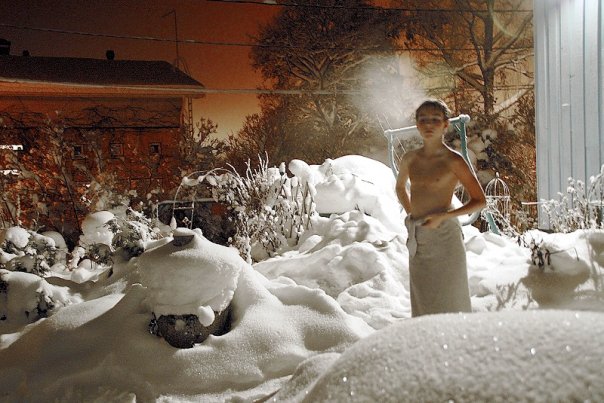 funny and entertaining it first start with a rocking idea long bevor any beauty landscape...
My next webcamera
Love any google map api stuff its so much place for creativity .My privat memo next...
2
SHARES
Share on FacebookTwitter
Subscribe

One thought on “Finnland Weather effects”